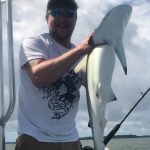 As we approach the summer season the waters are warming up around Hilton Head Island and the shark fishing has been getting very good. We have already been catching good numbers of black tip sharks, bonnet head sharks, sharp nose sharks and lemon sharks and as the season progresses we should see the arrival of […] 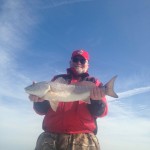 We are in prime redfish season right now here in Hilton Head! With the passing of a major cold front the waters have cooled considerably which has pushed the fish into nice schools around the area. Over my last few trips we got into several schools of big reds numbering in the several hundreds and […]

As a father, full-time charter boat captain, lifelong fisherman, biologist and outdoors enthusiasts this is a topic that I truly hold near and dear to my heart. I have been kicking around the idea of writing this article for a number of years but have been putting it off in hopes that things would come […]

Well I don’t think that we can rely on the good nature of our fellow anglers to all of the sudden decide to change their ways and do the right thing so our only option is to hope that the state government will make some meaningful changes before it is too late. In our case […]

Lack of Enforcement and Poaching

Is there poaching going on out there? Yes! This especially holds true for the recreational anglers because they are not required to report their catches as a commercial fisherman would when he takes his fish to market. Is their a black market for fish? Yes! Many local restaurants will buy fish from people who don’t […]

If there is a way to screw up a fishery the government will surely find a way to do it. I am almost convinced that they do it on purpose. Do we need government controls on our fisheries? Absolutely, without government controls people would go out and kill everything as quickly as possible but the […]

Throughout this article I have placed most of the blame of our shrinking fisheries on us as fisherman but there have been a number of uncontrollable influences as well. For starters it has been pretty well proven that global warming is real though some politicians seem to think that it some sort of a huge […]

Technology and the Internet